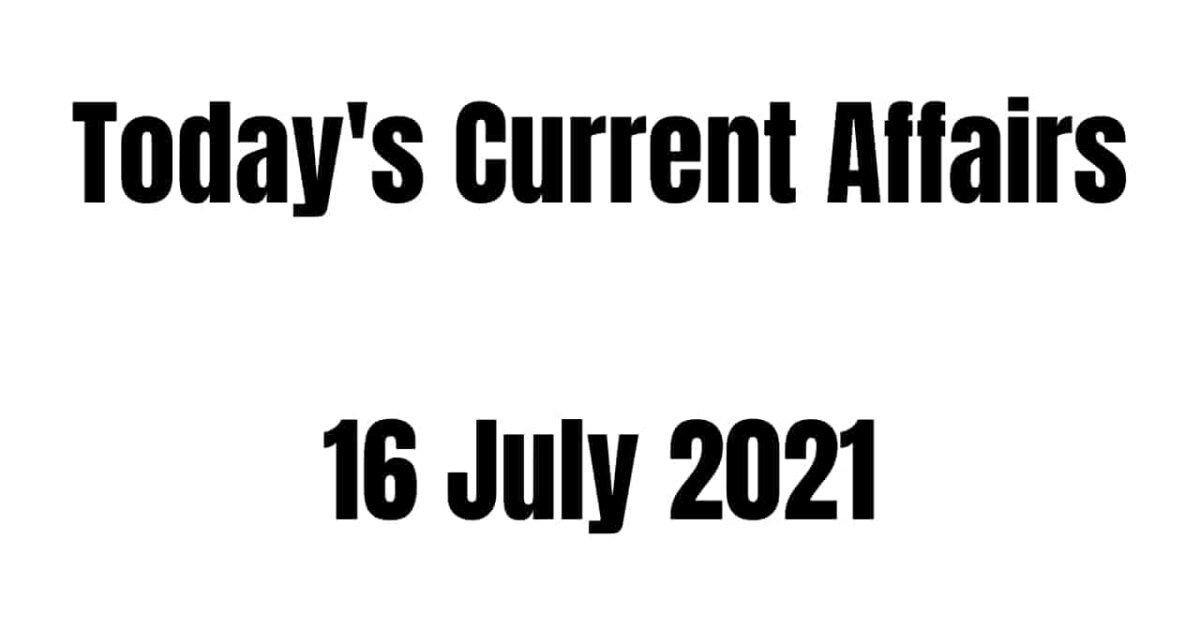 2) Prime Minister Narendra Modi paid homage to K. Kamaraj on his birth anniversary. Some of the facts

5) In lieu of GST compensation, the Ministry of Finance released 75,000 crores to states and UTs with legislatures under the back-to-back loan facility.

List of NewsOnAir Top 5 Indian Cities (Rankings are based on fortnightly data, from June 16 to June 30, 2021)

List of NewsOnAir Top Streams in India (Rankings are based on fortnightly data, from June 16 to June 30, 2021)

9) The Indian Academy of Highway Engineers (IAHE) and the University of New South Wales (UNSW) in Australia have signed an agreement to establish a Centre for Advanced Transportation Technology and Systems (CATTS) at IAHE, Noida.