Skip to content
Home > Viral > “I will arrest you and inject vaccine into your butt”, Philippine President threatened those who refuse to get a vaccination. 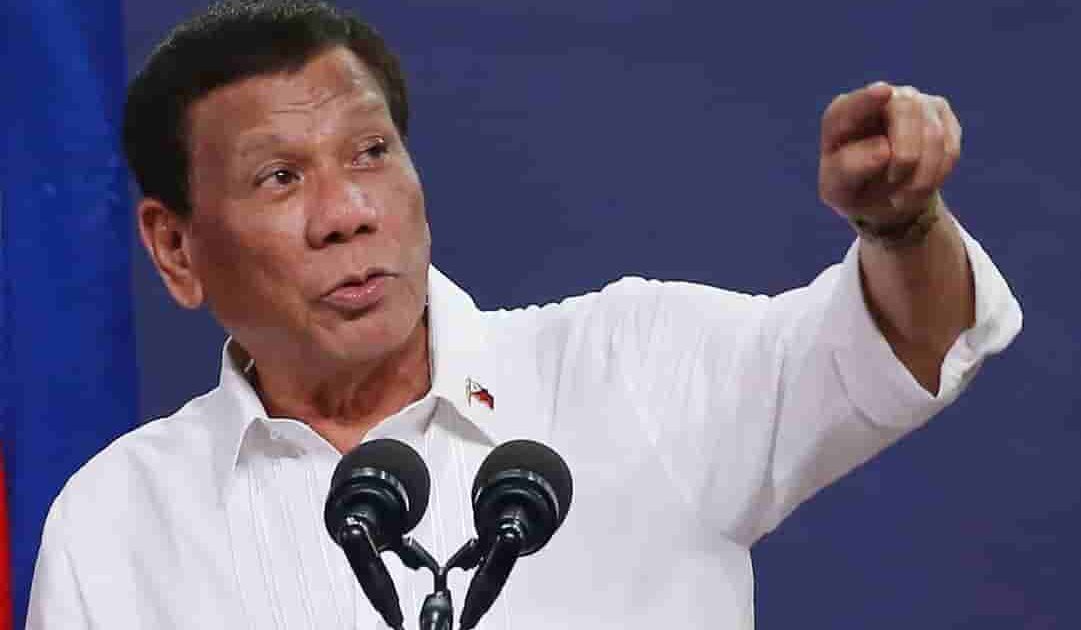 “I will arrest you and inject the vaccine into your butt”, Philippine President threatened those who refuse to get a vaccination.

The president of the Philippines, Rodrigo Duterte threatened to arrest Filipinos who refuse COVID-19 vaccination and told them to leave the country if they do not cooperate with attempts to avert a public health emergency.

In television statements, President Rodrigo Duterte told that he’s been frustrated by people who refuse to immune (vaccinate) themselves to a health emergency and then assist in spread the coronavirus.

Rodrigo Duterte said, “Don’t get me wrong. In this country, there is a crisis. A national emergency is in place. If you do not want to be vaccinated, I will have you jailed and I will inject the vaccine into your butt.”

“If you refuse to be vaccinated, you should leave the Philippines. If you wish, you may go somewhere else, such as India or America”. He went on to say that he would direct village leaders to prepare a list of defiant inhabitants.

Justice Secretary Menardo Guevarra slammed the President words, “I believe the president just used strong language to emphasise the need of being vaccinated and achieving herd immunity as soon as possible,”

There is no Philippine law that makes refusing to be vaccinated against the coronavirus a crime, Menardo Guevarra added

Edre Olalia, a human rights lawyer, voiced concerns about the President threat, that the president can’t order to arrest someone who did not clearly commit any crime.

Duterte and his government have been criticized for a vaccination drive that was beset by supply issues and popular scepticism. Vaccinations resumed in March after many delays, but many still chose to wait for inoculation.

Duterte blamed the problem on wealthy Western countries monopolising vaccines for their own populations, leaving poor countries like the Philippines in the dust.

With over 1.3 million infections and at least 23,749 deaths, the Philippines became a COVID-19 hotspot in Asia.

It is located in the western Pacific Ocean and is made up of around 7,640 islands. The Philippines shares borders with Taiwan, Japan, Indonesia, Malaysia, Vietnam and China. The Philippines has the world’s twelfth-largest population. The capital of the country is Manila, and the largest city is Quezon City.

inject the vaccine into your butt