Skip to content
Home > Unknown Facts > Temples where married men are not allowed and why ?

Temples where married men are not allowed and why ?

In India, we have a places where married men are not allowed in temples

Chakkulathu Kavu is temple where goddess Durga is worshiped, which  is located in Neerattupuram, Thalavady panchayat, Alappuzha District Kerala.

Chakkulathukavu Temple located on the banks of the holy Pampa River, this temple attracted most of pilgrims all over Kerala and became one of the most popular pilgrim center of the state

Some of the festivals celebrated here are Naree pooja, Thrikkarthaka, Pongala. 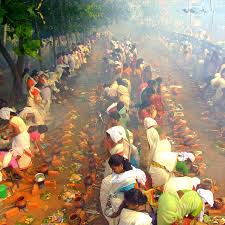 Pongala is one the major festival in the Temple which is celebrated during months of November and December. During this festival Lakhs of women devotees gathers around temple as early as even one week before the function.

Rice, coconut and jaggery are brought by women devotees along with round earthen pots for cooking.

Attukal Bhagavathy is a Hindu religious Temple loacted at Attukal, Trivandrum in Kerala, India where Bhadrakali worshipped and considered as the goddess of prosperity and salvation.

In this temple, people believes that  goddess Bhadrakali is in the form of Mahakali, believed to be born from the third eye of lord Shiva. 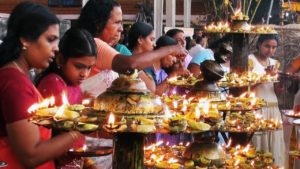 As per Guinness Book of World Records, it  is the festival with more number of women participation(around 3 million women’s) in Attukal Pongala festival which is celebrated in this Temple.

The only Brahma temple in 14th century which is loctaed in Pushkar in Rajsthan, prohibits  married men from entering its premises. 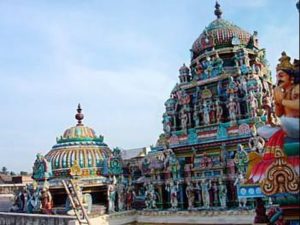 The reason behind why married men are not allowed to this temple is that  Lord Brahma had performed a yagna at Pushkar Lake with his wife Goddess Saraswati who got late for the event.

Therefore, Lord Brahma married Goddess Gayatri and performed the ritual due to which Goddess Saraswati

cursed the temple where married men are not allowed to the temple otherwise a trouble will arise in his martial life.

Although men is allowed to enter temple on weekdays expect fridays to worship santhoshi mata.

But the Vrata (ritual of fasting) i.e, santosh mata vrat is observed and performed only by the womens and unmarried girls on 16 consecutive Fridays to win the goddess favor  who is venerated as ” Mother of satisfaction”. 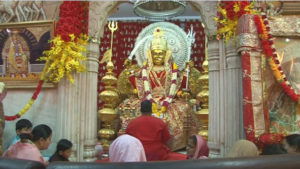 During this vrata womens are prohibited from eating sour fruits and pickles. vrata is ended by organizing a festival meal where 8 boys are to be served.

Bhagati Maa Temple is Located in Kanyakumari, Tamilnaidu where  Kanya Ma Bhagawati Durga is worshiped by women only.

People belived that it is place where Parvati did Tapasya for Lord Shiva as her husband in the middle of the ocean. 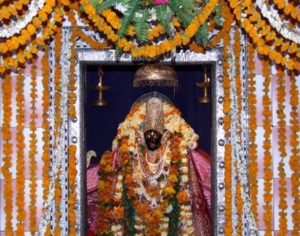 Her marriage with Lord Siva was disturbed by Narada, so as to make her eligible for killing Banasura, who had to destiny to die in hands of a virgin adolescent girl.

According to the Puranas, the spine of a Sati fell on the shrine. The goddess is also known as the Goddess of Sanyasa, due which Sanyasi and unmarried are allowed to enter till gate premises where married men are strictly prohibited to enter temple.

It is Located on the Nilachal Hill in western part of Guwahati city in Assam India, where a menstruating goddess is worshiped only by women.

The goddess is worshiped according to both the Vamachara (Left-Hand Path) as well as the Dakshinachara (Right-Hand Path) modes of worship.Worship include offerings of flowers and also some animal sacrifices. 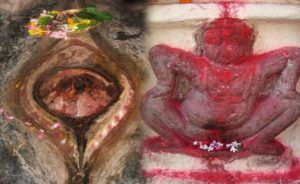 People believed  that Lord Vishnu had cut Maa Sati with his Sudarshan Chakra due to which her waist fell on the spot where the temple has been built.This temple permits only women to enter its premises during their menstrual cycle.

Only female priests or sanyasis serve the temple where the menstrual cloth of Maa Sati is considered highly auspicious and is distributed to the devotees.

Temples where married men are not allowed

One thought on “Temples where married men are not allowed and why ?”