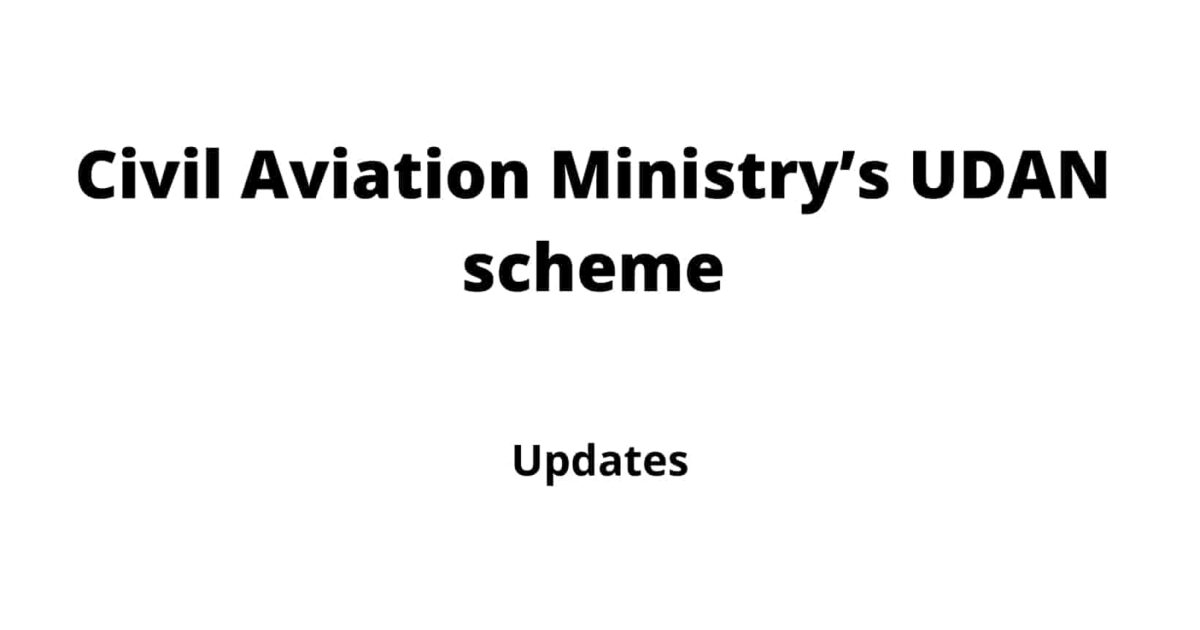 UDAN Scheme Latest News: Ministry of Civil Aviation’s UDAN (UdeDeshkaAamNagrik) project has been selected for the Prime Minister’s Award for Excellence in Public Administration 2020 in the category “Innovation (General) – Central.”

The Government of India established this award to honour, recognise, and reward remarkable and innovative work done by State/Government Districts and Organizations. This scheme emphasises Good Governance, Qualitative achievements, and last-mile connectivity rather than only on achievement of quantitative targets.   The award includes a trophy, a scroll, and a cash prize of Rs 10 lakhs.

The Ministry of Civil Aviation will receive the award on April 21, which is Civil Service Day. People in the government have put on a special event for “Civil Service Day” at Vigyan Bhawan, where a representative of their ministry will be given the award.

The UDAN scheme was started in 2016. It aims to make air travel easier for people in tiers II and III cities, as well as improve the country’s air infrastructure. Today, there are 415 routes on the UDAN network that connect 66 underserved or unserved airports, including heliports and water aerodromes. Over the past five years, more than 92 million people have been helped by the network. A lot of flights have taken place under this plan. UDAN has had a huge impact on a lot of different parts of India, including the Hilly States, the North-Eastern region, and the Islands.

The scheme also led to the construction of new Green Field Airports in places like Sikkim, Arunachal Pradesh, and Andhra Pradesh. The scheme also led to a 5% rise in the share of domestic passengers at non-metro airports.100 new airports will be built in India by 2024, and 1,000 new routes will be added under the UDAN RCS scheme by 2026.