♦ E-Cigarettes or Electronic-cigarettes are battery-operated devices that produce an aerosol by heating a solution containing nicotine. By this ordinance, the ban is imposed on e-cigarettes including all forms of ENDS, Electronic Nicotine Delivery Systems, Heat Not Burn Products, e-Hookah 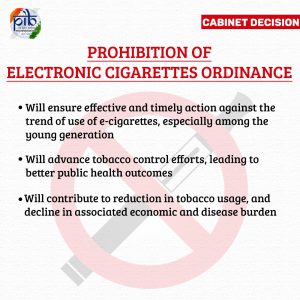 International Atomic Energy Agency (IAEA): Its an international organization, which seeks to promote the peaceful use of nuclear energy in military purposes, including nuclear weapons. IAEA established on 29 July 1957, it reports  United Nations General Assembly and Security Council

Director-General of the IAEA: Vacant

Government constituted the Company Law Committee with Chairman (Secretary, MCA) for examining and making recommendations on various provisions and issues pertaining to the implementation of the Companies Act, 2013 and the Limited Liability Partnership Act, 2008

♦ Afghanistan President Ashraf Ghani escaped from suicidal attack blast, about 48 killed in blast. The attack happened 11 days before the Presidential Elections in Afghanistan

♦ Team of Researchers discovery 2 new plant species belonging to Asclepiadaceae/ Milkweed family from the shola forests of the Western Ghats, India. These discoveries have been published in NeBIO, an international journal of environment and biodiversity

Hermann Gundert, a German missionary, stay in Kerala for 20 yrs in that bungalow, wrote English- Malayalam dictionary and also published 2 Malayalam journals. One of them, Rajya Samacharam, is arguably the forerunner of the contemporary Malayalam newspapers.