Telangana Bonalu festival | Telangana Festival History: One of the main festivals in Telangana, celebrated annually. Bonalu is mostly observed in Twin cities Hyderabad and Secunderabad and other parts of Telangana. The word Bonnam is the word of Bhojanam which means meals or feast in the telugu language and it was celebrated in the month of Ashada Masam. ie., July and August where special poojas are performed for Yellamma on the first and last day of the festival.

The original the festival begins in 1813 in “Regimental Bazaar”, Hyderabad & Secunderabad

Plague disease broke out in the twin cities in 1813 causing the deaths of thousands of people. In this period, a military battalion from Hyderabad was deployed to Ujjain. When this Hyderabad Military Battalion got to know about the epidemic in the cities, they prayed to the Mother Goddess in Mahankaal Temple – Ujjain, Madhya Pradesh. 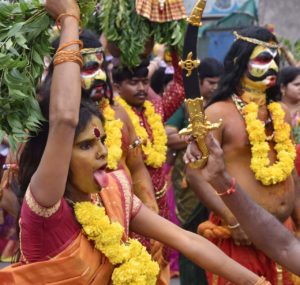 History tells us, that this military battalion prayed to Goddess Mahankaali, to kill the plague, and if the Goddess would do so, they had decided to install an idol of the Goddess Mahankaali in the city. It was belived by the Military people that Mahankali destroyed the disease and then came back to the city and constructed an idol of the goddess, which was followed by the offering of Bonalu.

It has become a tradition to offer Bonalu to Goddesses every year and it is still followed by the people of Telangana.

Other versions of the mythological story say that this is the time Goddess Mahakali comes back to her parental home i.e, in Ashada Maasam from late June to August.

This period is the most optimal time to offer Bonalu to the goddess which is also compared to a married girl returning back to birthplace and being pampered by her parents.

On this occasion of Bonalu,  women’s dress up in sarees and girls in leghans choli / Half saree with the combination of Jewelry and also prepare rice with milk and jaggery in a new Brass or Earthen Pot adorned with Neem leaves, turmeric, Vermilion and a lit lamp on the top of the Pot.

Women carry the pots on their heads dance with balancing pots (Bonam), to the rhythmic beats of drums in honour of the local Goddess and make an offering of Bonam along with Turmeric-Vermilion, Bangles and Saree to the Mother Goddess across the Temples.

Golconda Fort – on the first Sunday of Ashadam

Potharaju is the brother of Mother Goddess, is represented in the procession by a well-built, bare-bodied man, wearing a small tightly draped red dhoti and bells on his ankles, and anointed with turmeric on his body and vermilion on his forehead. He dances to resounding drums 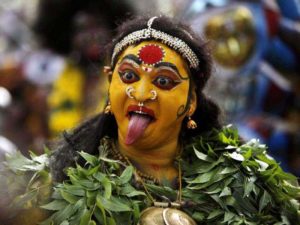 Tottela and Ghatam are also part of the Bonalu Festival where thottela is an artefact of Telangana people which is made of bamboo sticks and colourful transparent looks like a temple Doom.

Ghatam is a copper pot decorated in the form of a mother goddess it was carried by a priest dressed in Dhoti and body smeared in turmeric. 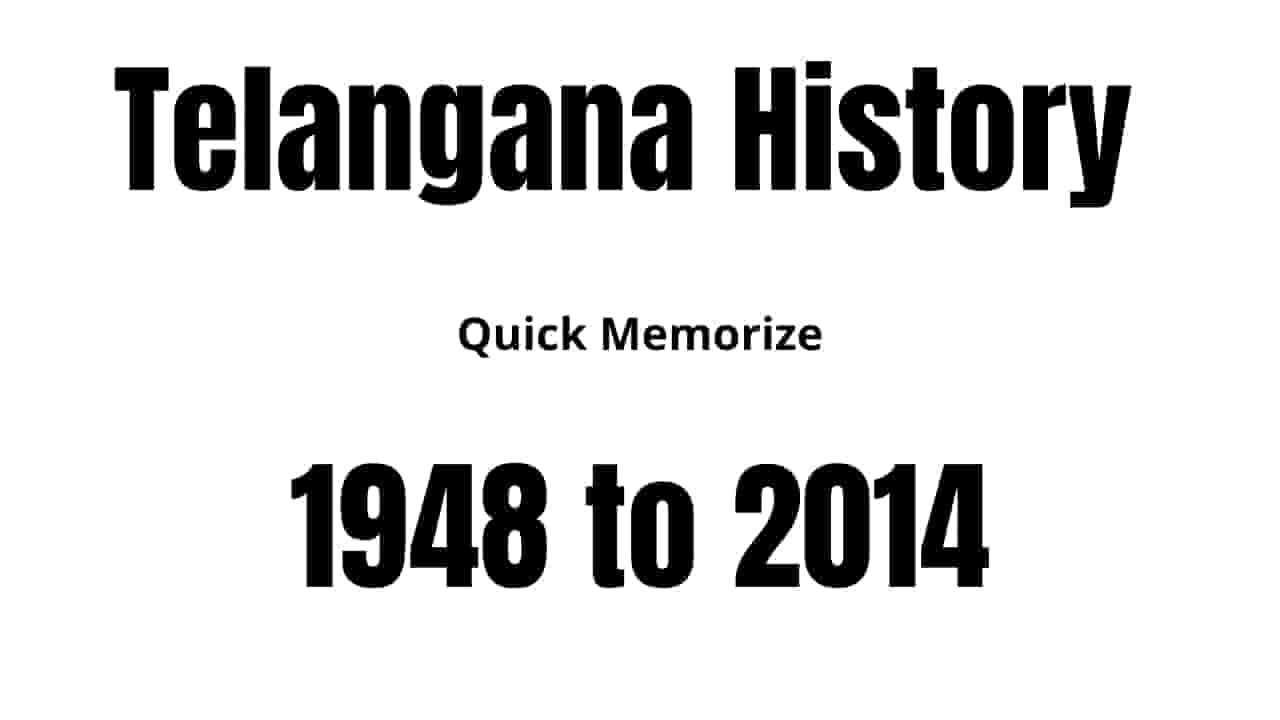 Modern Telangana History 1948 to 2014 Telangana Struggle and Movement: People in the Telangana region of Hyderabad state began organising themselves in […]